When & Why You Should Call a Wildlife Removal Company?

Home / When & Why You Should Call a Wildlife Removal Company? 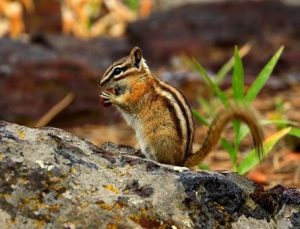 Wildlife is beautiful to look at. Some people take safaris to see wild animals and experience animals in their own habitat. Things are different when this wildlife comes into your home and wants to cohabitate with you. There are reasons that you may need to hire a company for wildlife removal in Toronto.

Nature, even in the city has some beautiful creatures that are admired from afar. However, these are still wild animals, and they should not be in your home. Racoons are often cast as characters in movies and cartoons because of their masked faces. They appear to be humble and mischievous at the same time. It is this mischievousness that makes a rodent like the racoon a reason to call a company for wildlife removal. Racoons can be very destructive. More than just getting into your garbage cans and strewing trash around your yard, racoons can get into your chimney, the roof, and anywhere else it needs to in order to get a roof over its head.

Mice are another rodent that is known for causing many issues in and around your house. Mice tend to come to areas where people reside because there is food for them to eat, especially in the winter time. There is warmth and shelter to protect them. Mice stealing food is the least of the worries that comes with having them in your home, though. They are also known to chew through packages and urinate through the home, wrecking anything that comes in its path. Mice also have a habit of gnawing, and they can gnaw through cords and wires, causing fires in your home. Often, this damage occurs behind the wall, where it is not easily seen.

Although rodents are very destructive in their behavior, sometimes causing thousands of dollars-worth of damage or even total destruction of your home, there is another concern. Rodents often carry diseases on them or in their feces. Mice and racoons are often in unclean places, and they can carry diseases on their bodies, such as salmonellosis, that can be spread as they run through your home and touch various objects. When people touch these objects or are in contact with their urine or excretion, it can make them extremely ill.

Squirrels and chipmunks are cute and often not thought of as pests. In fact, we look at these mammals as entertaining, watching them gather nuts and stuff their faces; however, you may still require help with wildlife removal in Toronto when they are around. Mammals give birth to live babies, and they often look for safe, warm places to give birth where predators can not get to them. Their search can lead them into attics and the walls of homes, where they can be destructive as they work to build their own homes. They can chew walls and cords and destroy whatever is in their path. Mammals breed at a fast rate, and this reproduction can lead to more damage in the home. Mammals also are known to store food during their hibernation period, and this storage and reaping of food can also lead to damage in the home—as well as to produce and crops. Click here for more information.